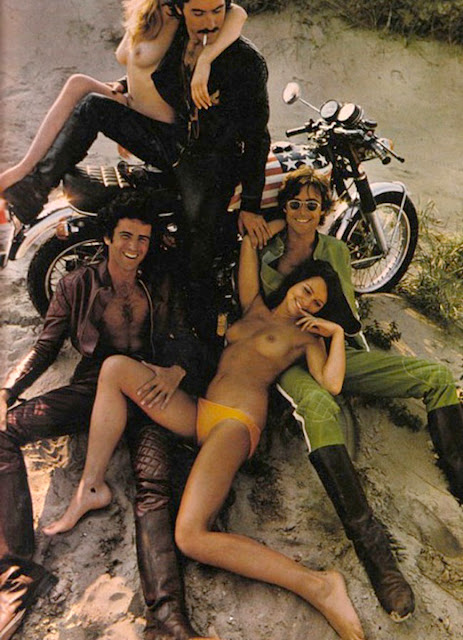 It's me in the black leathers


Well I have taken the liberty of not updating COFDL for three weeks, and go on vaccation - for the first time since the blog started in 2008. This resulted in, and I knew this would happen, hate mail containg quotes like; "What are you thinking!!!!" and "Are your abandoning your family". But I can handle it, I know how much you people love CB750, so it is totally normal to return to an inbox that want to eat you alive!!!

Thanks to Isaiah (From Chicago) for the nice e-mail, J.S.Fury for the good advice, and David for keeping me updated while I was on vaccation.


Do you know that feeling when you get sexually aroused by looking at a perfect weld? 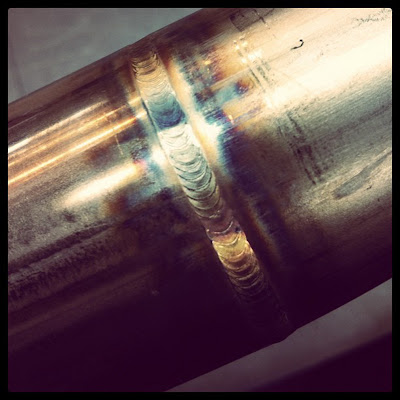 When It Is All About Going Fast 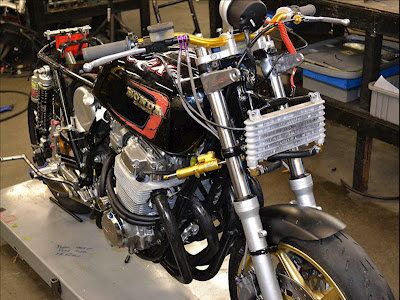 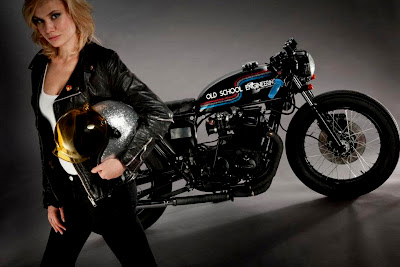 It Is Finally Official

Well I have been screaming about this project from the Wrench Monkees for some time now! Posting Spy shots I have, just to spell it out like Yoda. And finally it is here to see, the Honda CB750 K6 - "Scratch Monkey". 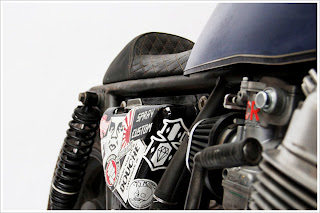 The dirt cheap donor is a mix of a 1976 Honda CB 750 K6 and 1977 Super Sport. The frame was slighlty modified with a Kawasaki swingarm. LESTER cast aluminum rims 16" + 19" with Firestone 16 x 5" and Avon Speedmaster 19 x 3,5". The brakes used were Brembo 4 pot caliber and Brembo 16mm brake master front. WM Garage made the clip on's and a bracket for the front caliber. No paint job, just clear lacquer on bare frame and the original blue tank. "Paint job will come this winter, need donations from family" says Nicholas. Some other features include Keihin CR Carbs, KN Filters, Bates style headlight and Tarozzi footpegs 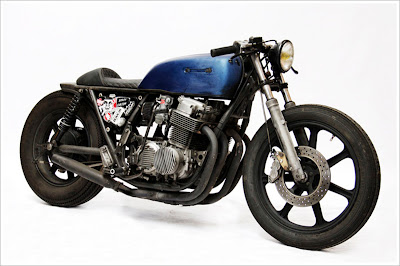 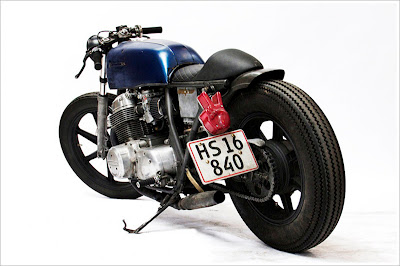 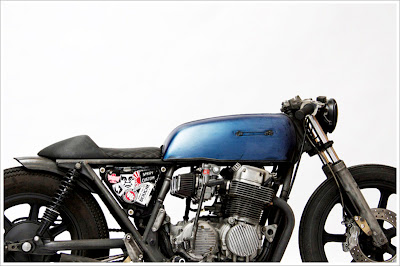 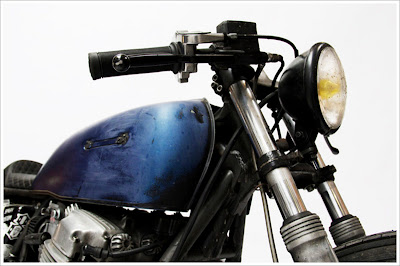 Motorcycle Of The Century | Honda CB750

Just back from vaccation, and in the meantime Motor Cyclist Magazine is doing my job and appoints the Honda CB750 Motorcycle of the century. Voila! 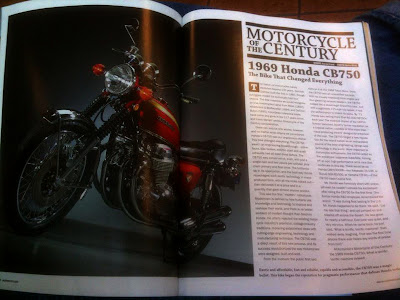 The history of motorcycles barely stretches beyond 100 years. Gottlieb Daimler built the first in 1885, though outriggers meant his technically had four wheels. The first machines we would recognize as true motorcycles came from Millet (1892), Hildebrand & Wolfmueller (1894) and DeDion-Buton (1895). Countless milestone bikes have come and gone in the 117 years since, and many warrant serious Motorcycle of the Century consideration.
There can only be one winner, however, and no matter what criteria we considered, Honda’s CB750 was our unanimous choice. This bike changed everything. The CB750 wasn’t an engineering breakthrough—inline-fours, disc brakes, electric start and quad-exhausts had all been done before. The CB750 was conservative, even, with just a single cam and two valves per cylinder, plus chain primary and final drive. The brilliance lay in its application, and the bold way Honda repackaged such exotic technology in mass-produced form, with all the kinks ironed out—then delivered it at a price and in a quantity that gave almost anyone access.
This was the first “modern” motorcycle. Modernism is defined by how humans use knowledge and technology to improve and reshape their world, and there is no better emblem of modern thought than Soichiro Honda. He utterly rejected the existing motorcycle industry’s provincial, cottage-industry traditions, replacing established ideas with cutting-edge engineering, technology and manufacturing technique. The CB750 was a direct result of this new process, and its success revolutionized the way motorcycles were designed, built and sold.
From the moment the public first laid eyes on it at the 1968 Tokyo Motor Show, the CB750 was an unqualified success. With its visually imposing inline engine and four gleaming exhaust headers, the CB750 looked like a street-legal Grand Prix bike. And with a legitimate 125-mph top speed, it had the performance to match its looks. By '73 Honda was selling more than 60,000 CB750s each year. The massive impact of the CB750 forever banished Japan’s former reputation as a copycat nation, capable of little more than mass-producing others' designs for a fraction of the cost. The CB750 forged a new reputation for the island nation as an indisputable source of the best engineering, design and technology in the world. More important to motorcycle enthusiasts, the CB750 acted as the archetypal Japanese superbike, kicking off an epic high-performance arms race that continues to this day. There would be no Honda CBR1000RR—nor Kawasaki ZX-10R, or Suzuki GSX-R1000, or Yamaha YZF-R1—if the CB750 hadn’t come first.
Mr. Honda was famously short with praise, yet even he couldn’t conceal his excitement after riding the CB750 for the first time. One former Honda R&D employee remembered the scene: “It was during final testing in the U.S. Mr. Honda happened to be there. He said, ‘Let me ride that thing,’ and just jumped on and blasted off across the desert. He was gone for nearly a half-hour. Everyone was quiet, and very nervous. When he came back, he just said, ‘What a terrific, terrific machine!’ then walked away, laughing. That was the first time anyone there ever heard any words of praise from him!”
Motorcyclist’s Motorcycle of the Century: the 1969 Honda CB750. What a terrific. terrific machine indeed!
Exotic and affordable, fast and reliable, capable and accessible, the CB750 was a magic bullet. This bike began the reputation for pragmatic performance that defines Honda today.