A Lap Around Isle Of Man With Guy Martin

Isle Of Man TT On ITV4 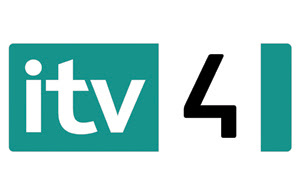 The Isle of Man TT returns to ITV4 in 2011:
Remember to watch highlights every night from
Saturday 3rd June - Saturday 11 June.
http://www.itv.com/itv4/ 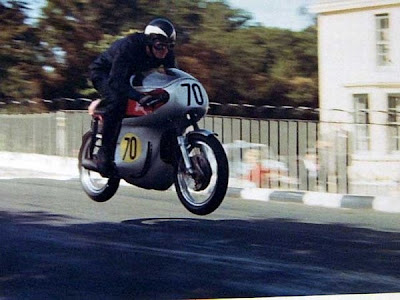 Died On The 26th May At The Isle Of Man TT 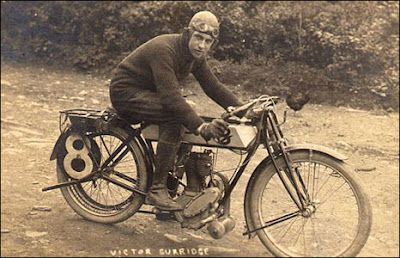 Just last year Martin Loicht, from , and Paul Dobbs, from , both died during the Supersport 2 Race. Loicht was fatally injured at the Quarry Bends, and Dobbs died in an accident at Ballagarey.

The same year the darling, Guy Martin, was extremely lucky when he cheated death and left his Honda as a burned out shatter wreck! Luckily Mr. Martin ended up in hospital, and not under - which has been the case of many a rider at the Isle of Man TT. 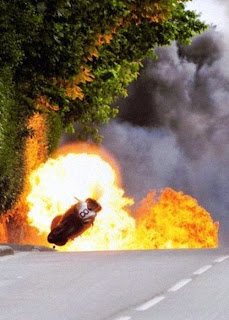 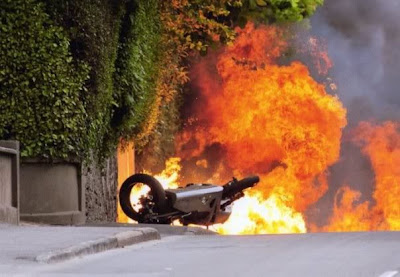 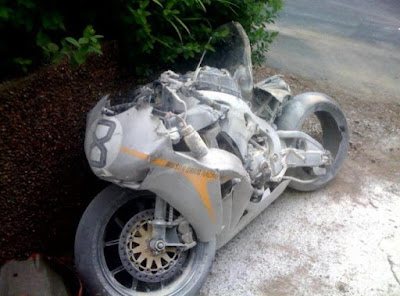 Death is, inevitably, the unmentioned guest at the Isle of Man TT. It is a horrible, tragic statistic. But it is not one the riders are unaware of. They know the risk, and they embrace it. They ride not in spite of danger, but because of it. I cannot claim to fully understand it, but I certainly respect it.
I hope the patron saint of motorcyclists Columbanus of Bobbio will be present at this years event, and hope that no one will be seriously injured.
List of Fatal Accidents at the Isle of Man:
http://en.wikipedia.org/wiki/List_of_Snaefell_Mountain_Course_fatal_accidents
Indsendt af CB750 Freak! kl. 13:30 No comments: