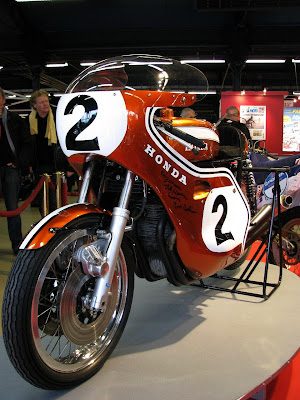 This is the original CR750 that won the Daytona 1970 with Dick Mann as a driver.

The three members of Team Honda USA, behind the race victory; Bob Hansen, Ron Robbins, and Bob Jameson visited the State Museum of Arts and Crafts in [http://www.salon-moto-legende.fr/] on September the 16th in 2003 where they signed the bike (See left side of the faring)

This beautiful CR750 ran its last race in 1974 with the French team Vésinet Team Sport, and has been restored to its original condition by a French restoration company. 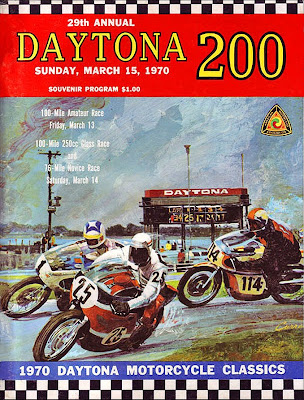 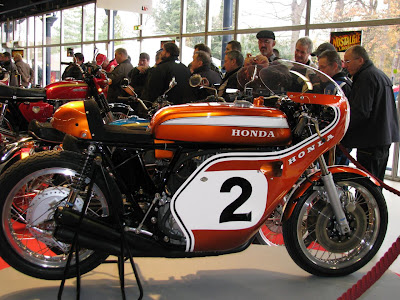 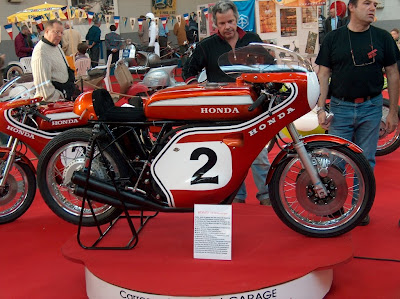 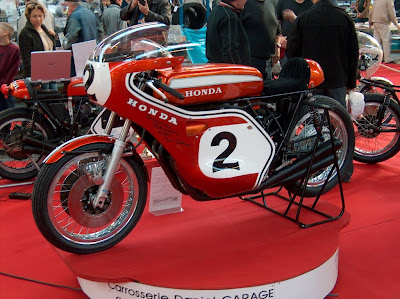 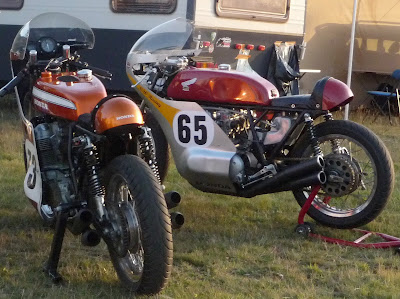 I am in serious need of riding my bike ASAP! The weather here in is terrible, and the day started with cold dark rain!!!
Fortunately the Danish summer can’t be beat, but May 2011 seems a long time from now.

Until then I will reminisce to the classic race days that will be taking place during this summer!

See you all at the race track! The place bikes belong… 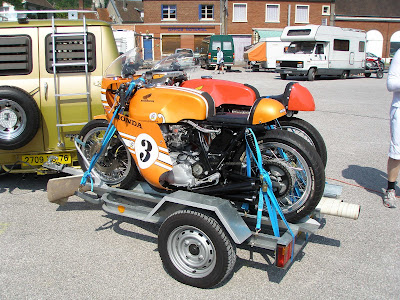 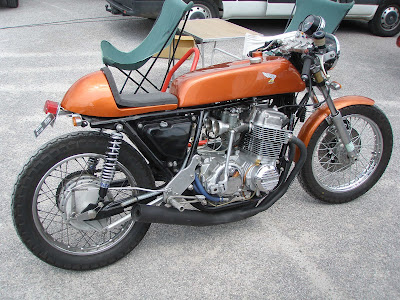 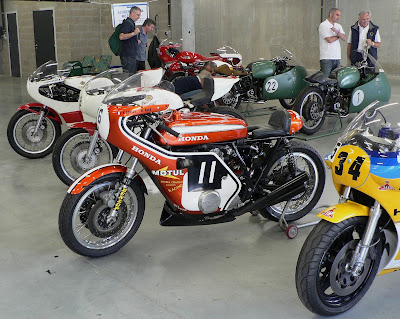 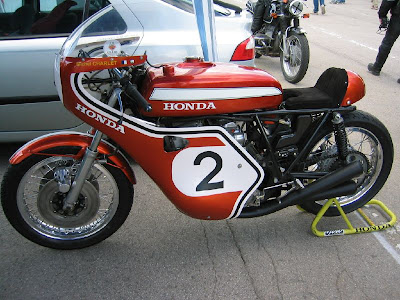