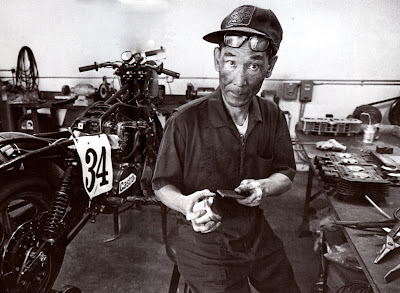 Well here is another Christmas gift about Honda's motorcycle brilliance through the 60s and 70s, and the story about one of the people who made it all possible.

Merry Christmas to all of you.

The Legendary motorcycle tuner, race team owner and manufacturer of speciality motorcycle accessories, Hideo "Pops" Yoshimura was born in October 7, 1922. Maybe most remembered for his ties to the AMA Superbike racing and Suzuki factory racing team, he was tuning many Honda CB750s to victory in the early 1970’s.

Yoshimura was called into military service during the Second World War where he was trained as an aircraft mechanic. After the war, he began tuning motorcycles for American servicemen stationed in and in 1954, he opened his first shop. In addition to being a world-class tuner, Yoshimura possessed plenty of business sense.

In the early 1970s, big Japanese multi-cylinder bikes were becoming the rage in the and Yoshimura sensed an opportunity. In 1971, he moved his business to . His timing proved to be perfect. Honda’s revolutionary CB750 was rapidly followed by ’s Z-1 and the era of superbikes was born. Just like he had in , Yoshimura quickly earned a reputation for making the already speedy new bikes even faster.

His company experienced success as one of the world's largest performance aftermarket sportbike exhaust manufacturers. Yoshimura died of cancer on March 29 1995, and left a legacy as a master craftsman, tuner and fabricator and was one of the pioneering personalities of superbike racing.

In 2000, he was inducted into the AMA Motorcycle Hall of Fame. His son continues to operate the company which still enjoys success in the AMA superbike class with rider Mat Mladin winning six championships in seven years, and Ben Spies winning the 2006-2008 championships. 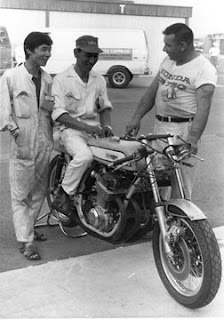 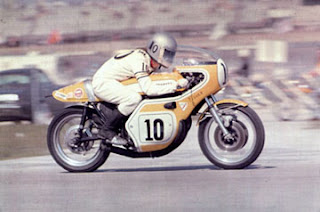 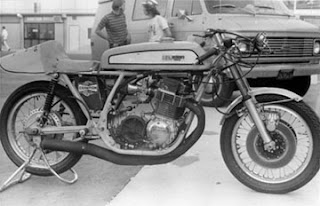