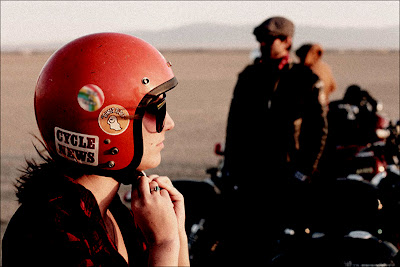 Don’t Hesitate To Get Out There! 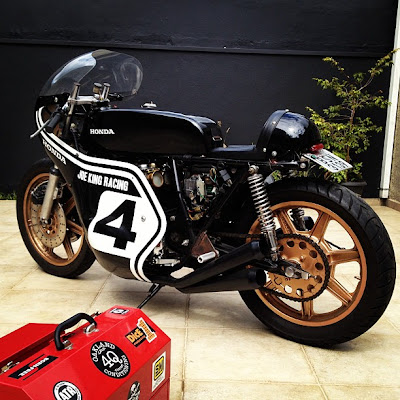 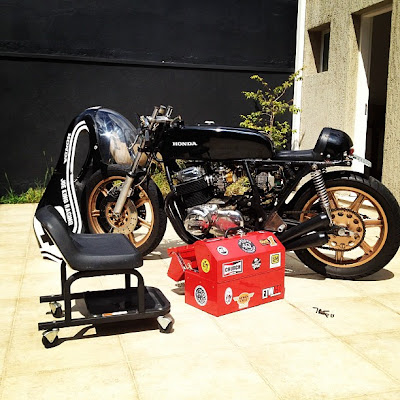 LONG STORY SHORT:
The motorcycles in the motorcycle graveyard Lockport (NY) were collected by Mr. Kohl, who owned several different motorcycle shops over 50 years. Kohl would take trade-ins of motorcycles and would also buy inventory of defunct dealerships. Around 1997 Kohl sold the building and motorcycles to Frank (?), and Frank operated the business as Kohl’s Cycle Salvage which sold parts off of the hundreds of motorcycles. In 2002 Kohl died at 80 years of age.
The building began to fall apart and crumble around itself. With the dilapidating conditions the City of Lockport condemned the building baring anyone from entering. The city also assumed ownership of all of the contents of the building when they took ownership of the actual building. Frank successfully sued the City of Lockport for ownership right to the contents of the building. The city finally gave Frank a deadline to get whatever he wanted out by mid November 2010. 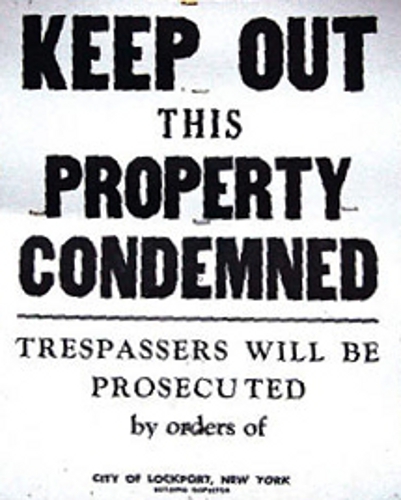 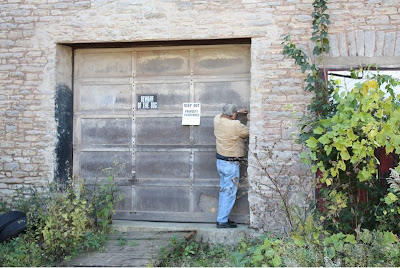 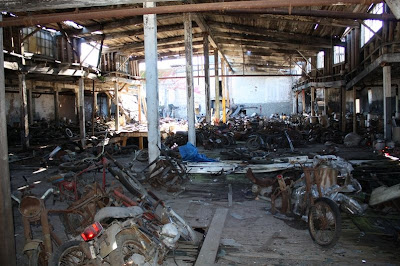 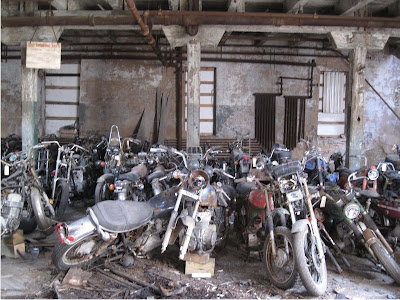 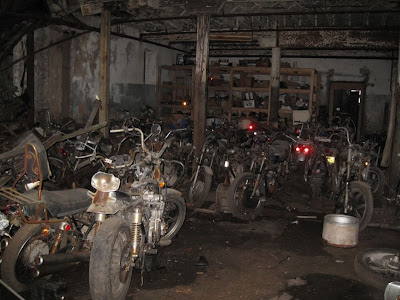 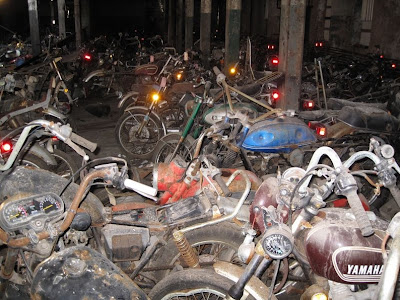 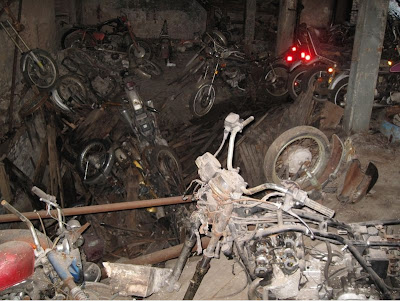 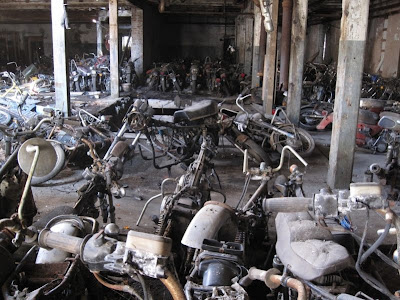 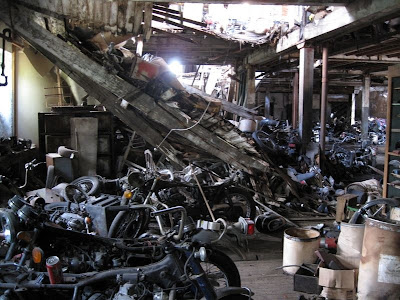 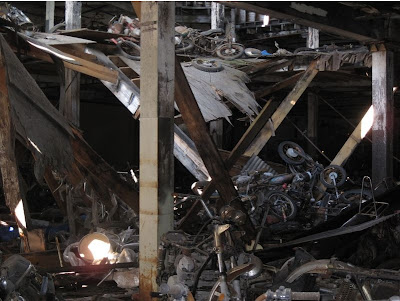 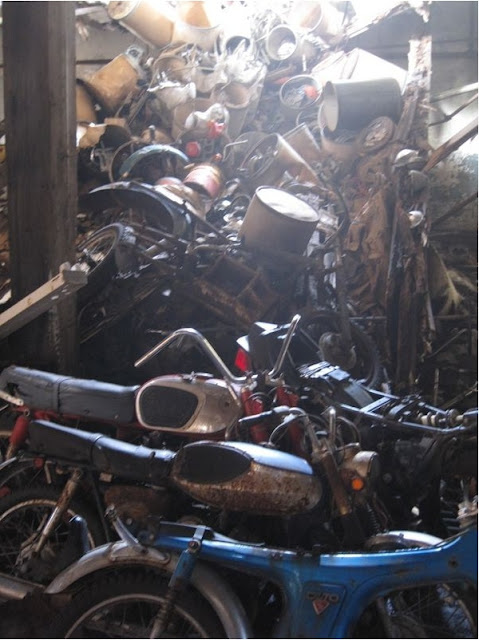 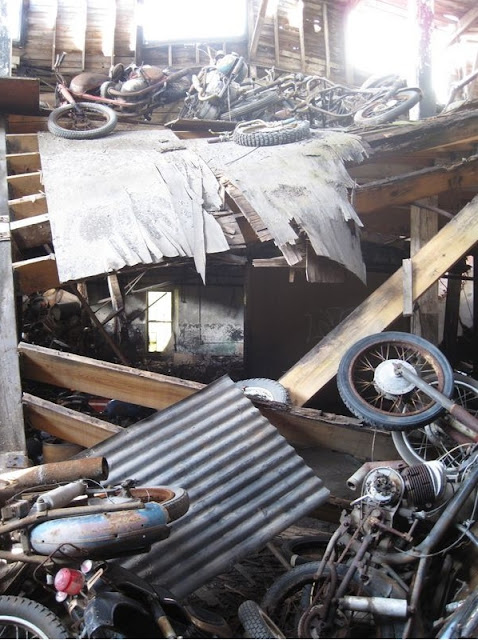 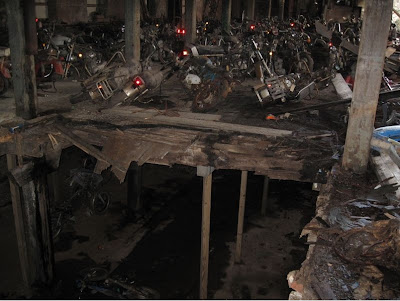 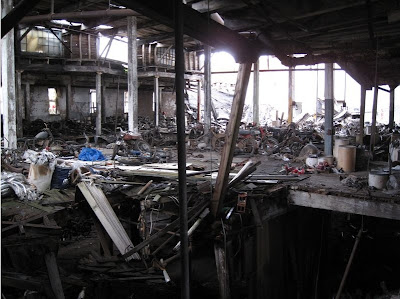 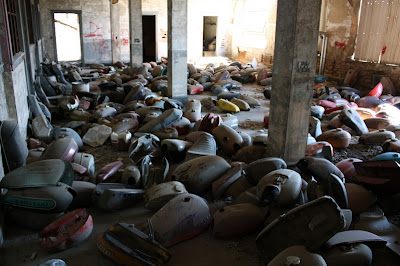