It is early morning on thursday the 10th november 1971, and Pete Farnsworth and Dick Keller is driving their van out to the salt flats, towing the Honda Hawk in its new trailer, nicknamed "The Hawk's Nest". They pull into the small town of Wendover, west of Bonneville salt flats, an interesting small western town stradding the Utah and Nevada state line. Due to the predominantly Mormon population in Utah, this is absolutely No Alcohollic Beverages territory! Wendover is also the last urban setting before the small group will enter the uninhibited wide-open planes of Nevada - the holy ground for land speed records. Although tired, both men are anxious to get out on the salt the next day. Their around-the-clock work schedule will not end until they (hopefully) set the motorcycle world speed record. 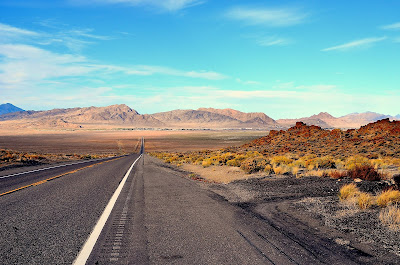 With the 1970 world speed record succes, The Blue Flame, in fresh memory Farnsworth & Keller are both very discouraged when they see the state of the salt surface! While the salt was perfectly flat and dry in 1970, 1971 is quite another story. Recent construction work on the nearby Interstate 80 highway has left loose debris, mud, and clay, which has washed out onto the course during the winter rains. The course is filled with pockmarks and undulations which promis a bumpy ride for the Honda Hawk. 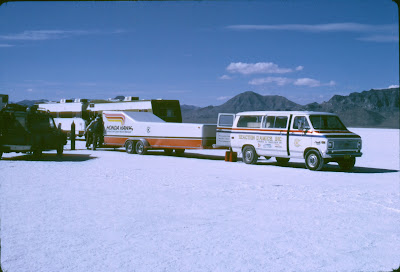 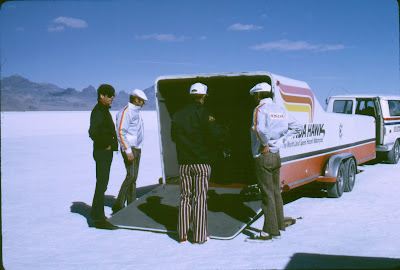 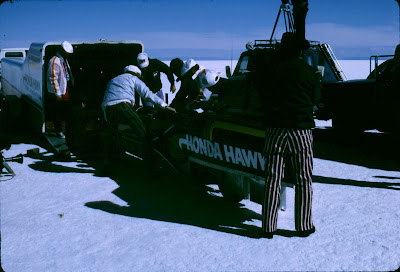 On the salt flats this day is a very concerned timing crew (Joe Petrali, and his son David), the AMA steward Earl Flanders, and FIM officials. Honda had a film crew ready, and Motorcyclist magazin writer Bob Greene is taking notes in the background.
Taking the pressure into consideration, Farnsworth & Keller are thankful for the confidence expressed by the entourage. The Honda PR people still think they just need to fire up the CB750s, set the record, and go home. 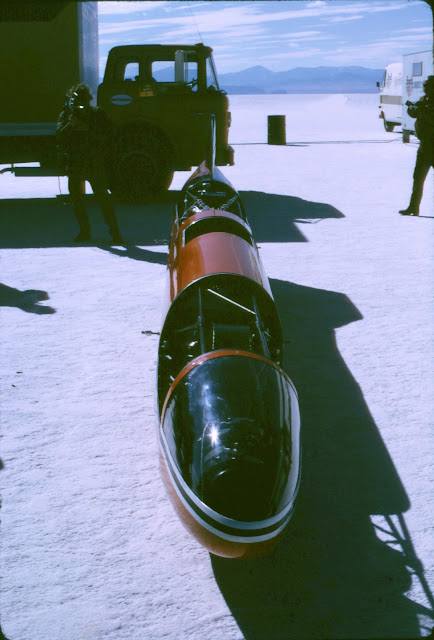 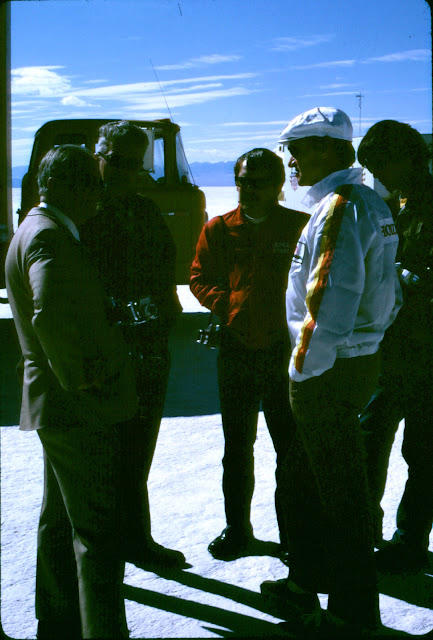 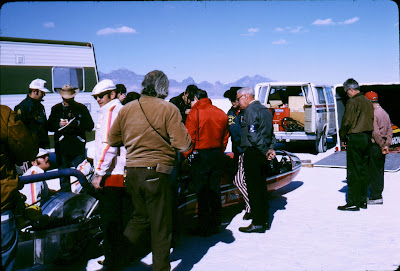 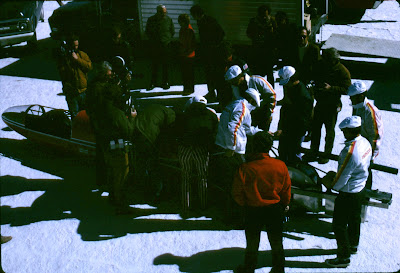 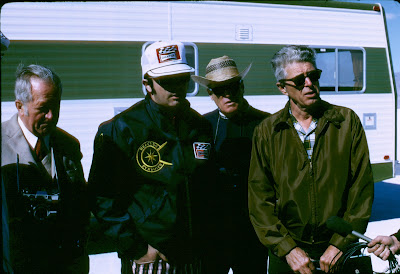 Everyone fiddeling with speed machines, knows that a new bike is really a development project. While a lot of effort goes into the engineering, design, and fabrication, the first running of a racer is a test program. On this day all the people from Reaction Dynamics is aware of this, and would like to spend the first runs with just working crew present, to work out the kinks in the motorcycle. There will be issues, but no one knows what the issues will be yet.
The Honda crew was led by Bob Young and Dix Erickson. Dix had worked for Reaction Dynamics on The Blue Flame the previous year, before taking a job at Honda in California. Dix was actually the guy responsible for bringing American Honda and Reaction Dynamics together on this venture, by showing some preliminary designs of the Hawk to his boss at Honda. 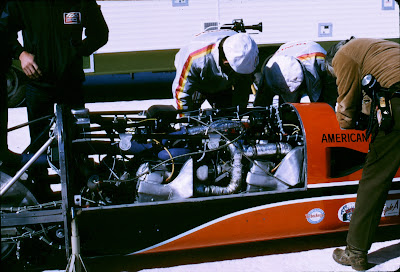 The American Honda crew had brought with them a supply of engines, and several engine adapter kits (sprockets, chains, mounting frames, etc.), which they assembled in the Western Mobil gas station garage. The 3 to 4 Honda mechanics worked their tails off rebuilding the motors and helping wherever they could, under the amazing guidance from Bob Young. The two very different organizations start working as a functioning team, and as a result they were able to overcome the challenges they faced in 1971. The team kept pushing towards the world record, but the weather brought the record attempt to a halt just as the record was in their grasp... 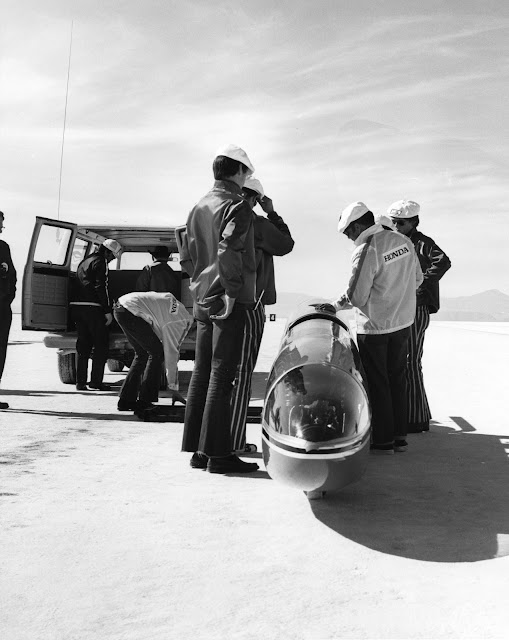 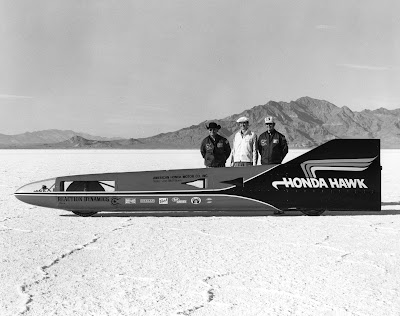