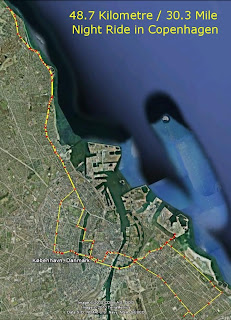 Been at it for roughly two hour strait…

Just returned after a great evening and night ride, been all over Copenhagen:

The coast, down town Copenhagen, the forest, small country roads, you name it I was probably there!


Let us hope that the weather god will be with us next week, so we can get out there again and Cling On!
Indsendt af CB750 Freak! kl. 22:45 No comments:

Don’t hesitate to get out there! 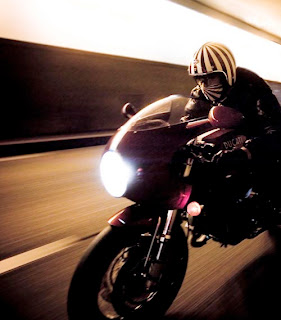 Todays bad weather is over, and I will swing a leg over the old CB750 in a minutte, get out there, and Cling On!!! 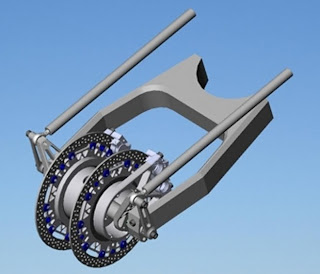 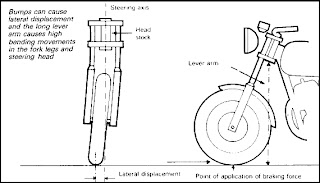 As the forks dive the steering geometry of the bike also changes making the bike more nervous, and inversely on acceleration becomes lazier. Also, having the steering working through the forks causes problems with stiction, decreasing the effectiveness of the suspension. The length of the typical motorcycle fork means that they act as large levers about the headstock requiring the forks, the headstock, and the frame to be very robust adding to the bike's weight.Hub-center steering systems use an arm, or arms, on bearings to allow upward wheel deflection, meaning that there is no stiction, even under braking.


Braking forces can be redirected horizontally along these arms (or tie rods) away from the vertical suspension forces, and can even be put to good use to counteract weight shift. Finally, the hub center steering's achilles heel, however, has been steering feel. Complex linkages tend to be involved in the steering process, and this can lead to slack, vague, or inconsistent handlebar movement across its range.
Indsendt af CB750 Freak! kl. 18:45 No comments: 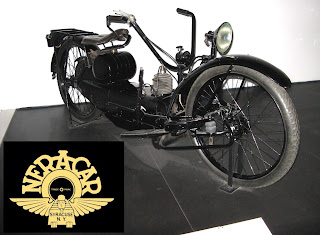 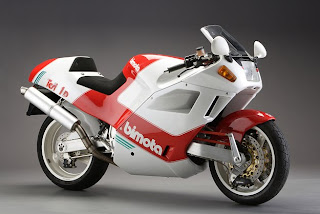 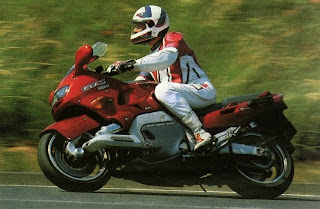 The hub-center steer concept has been around since the 1920 when the brands Ner-a-Car and others build HCS bikes.

In the 1970s HCS bikes was back on the map when Jack & Richard Difazio raced HCS bikes in the UK.

In 1985 a one of Yamaha FZ750-powered HCS bike, build by Leeman Racing Japan, entered the Suzuka 8 Hours by Team YDS. There was only this prototype build, and can be bourght in the UK for 273,000 $ via race bike specialist Steve Griffiths of Racing & Investment Motorcycles [www.racing-motorcycles.co.uk/ ]

In the 1991 the Bimota Tesi 1D (designed by Massimo Tamburini) came on the marked as a production bike. The hub centre steering on the Tesi 1D offered improved ride characteristics, but unfortunately the downside to the steering system was an enormous turning circle making low speed maneuvering a problem. The Bimota Tesi 1D was also expensive and was only produced in very small numbers.

In 1993 Yamaha launched the GTS1000, and raced at the Isle of Man TT but was heavy and clumsy in use.

After so many years of telescopic forks, people are used to riding a bike that handles in a specific way, and almost expect the limitations. This explains the lack of success that the HCS bikes have had, which is really too bad...
Indsendt af CB750 Freak! kl. 18:35 No comments: 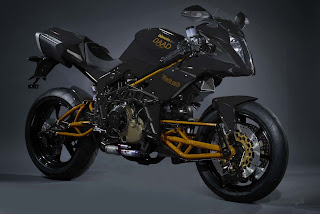 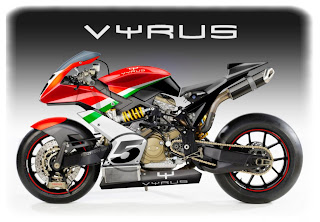 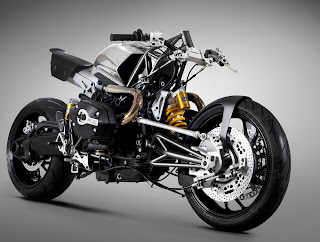 Private motorcycle builders have made attemts to make HCS bikes, some better then others.
A positive build to be mentioned is the Swedish made Harrier made from a BMW body and created by Stellan Egeland.
Indsendt af CB750 Freak! kl. 18:33 No comments: 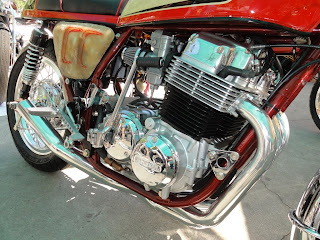 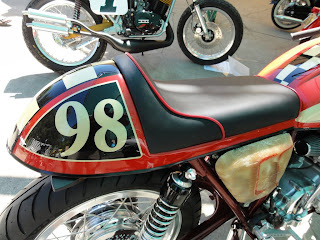 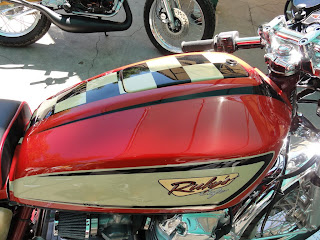 I just found some pictures of a cool 1978 Honda CB750 cafe racer. It was build by Kickstart Garage in Millville, CA.