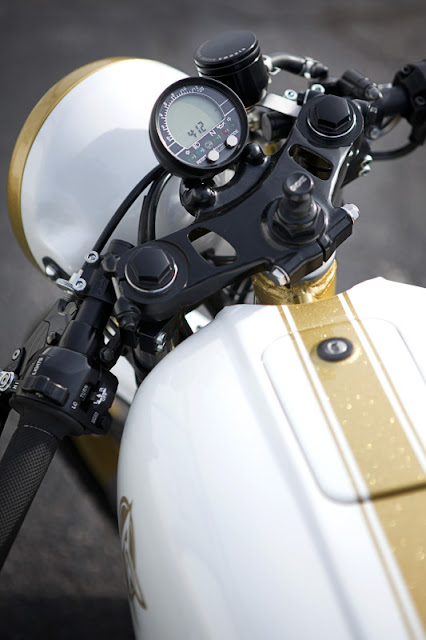 This was built by Analog Motorcycles and you can read about the whole build http://www.analogmotorcycles.com. It won the cafe racer TV show / magazine reader ride in competition at Mid Ohio vintage days last year for best Japanese Cafe Racer. It has also won Rockerbox in Milwaukee Best Japanese Modified 2009, Best Cafe Racer Acetober fest Chicago 2010 and a few other shows it was entered in the area.
It gets kudos and looks everywhere it goes. The list of modifications is long and very top notch. There has been about +/- since build completion and only a 40-50 since the top end was rebuilt (valves, guides, seals, etc.). The F engine was known for bad exhaust guides so the top has been rebuilt. Runs like a champ. Mileage on the rest of the engine is unknown but aside from spitting the lower case everything else has been gone through (new clutch plates, springs, electronic ignition, gaskets, covers, seals,). 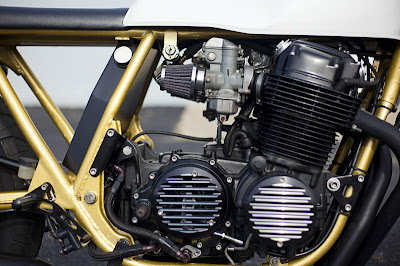 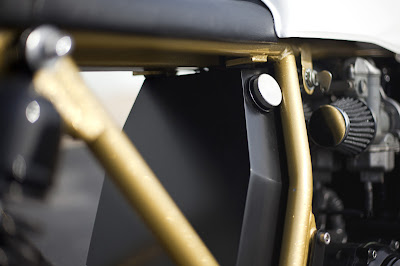 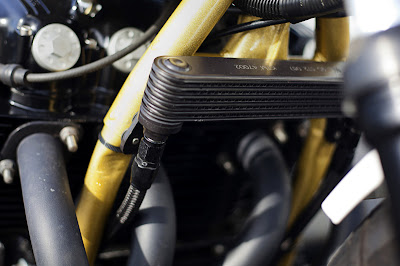 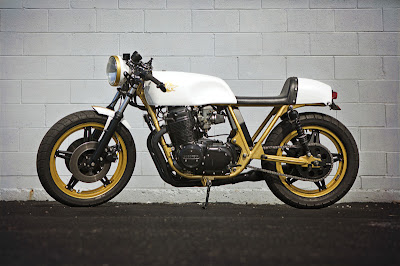 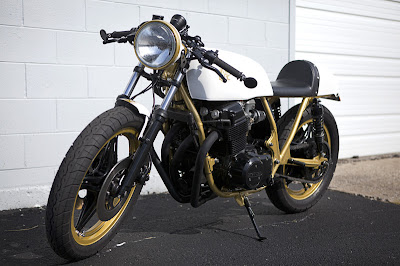 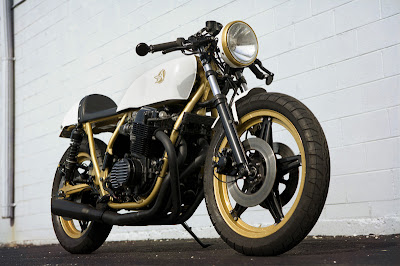