The Honda Motor Company and Reaction Dynamics started the work on the Honda Hawk Streamliner in april 1971, and the nearly 7 meter long speed machine was finished only six month later! Engine and chassis where fabricated seperately, so the turbocharged CB750 engines were being prepared and dyno-tested in California by Honda, and the chassis were being build by Reaction Dynamics in Millwaukee. 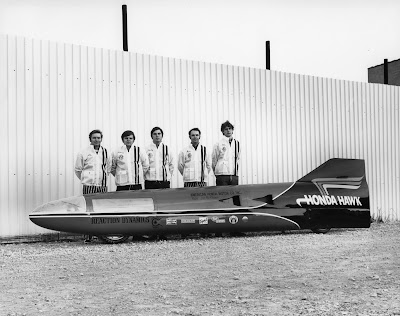 The Engine Development Manager Bob Young made the bold commitment to keep the two CB750 engines completely stock, but doubling the compression ration from 7:1 to14:1 with an exhaust-driven supercharger that ran as high as 17 psi. Since it was to be an engineering exercise, engine components were to be held as close as possible to standard form. He also used fuel injection rather than conventional carburetion, and alcohol fuel rather than the more potent but equally more unpredictable nitromethane. 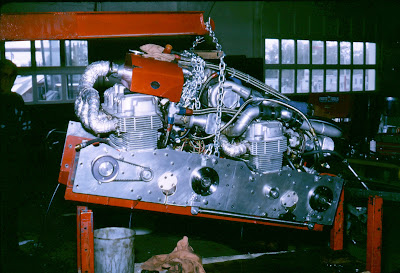 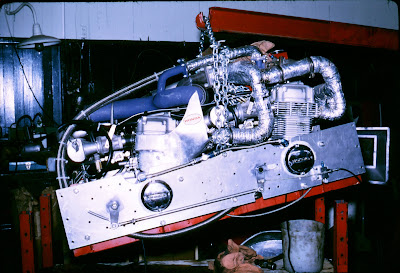 The plan was to supercharge both engines with a single Air Research Turbocharger, Model TO4, the smallest available, and originally designed to work with a diesel tractor engine. The compressor turned with 130,000 rpm, and operated at temperatures of up to 930°C !!! The alcohol fuel helped to keep down the considerable heat buildup, by cooling the engine and absorb thermal energy. Special stainless steel exhaust systems was specially fabricated by American Honda, so the exhaust would not melt during the speed attempt.
The injection system was a Model 91-H-8 Indy Car like system, specifically made for the Honda Hawk by Hilborn. One pump served both engines, being driven off the front engine crankshaft. The system consisted of the pump, primary bypass. Secondary bypass, manifold pressure-control valve and metering valves. The metering valve were connected to the throttle, so all surplus fuel was returned to the tank via the secondary bypass jet. 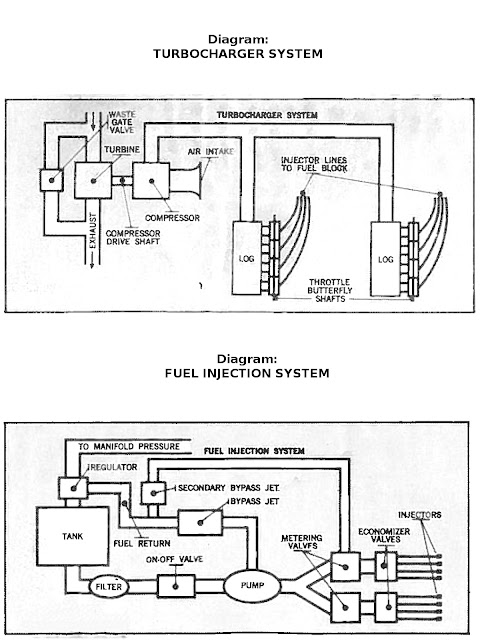 Dick Keller and Pete Farmsworth, the principals of Reaction Dynamics, on the other hand did not think so much of the man on ther street. Their project was to be big and heavy with a 13-foot, 4-inch wheelbase; 21-foot, 5-inch overall lenght; 1-fot, 10-inch width, and height of 4-feet, 8-inches to the top pf tis stabilizer fin. 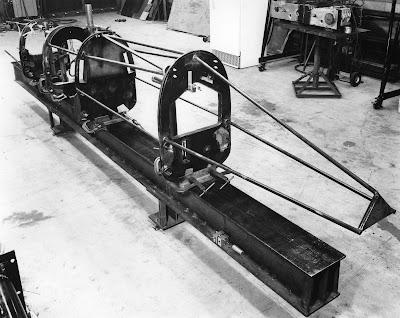 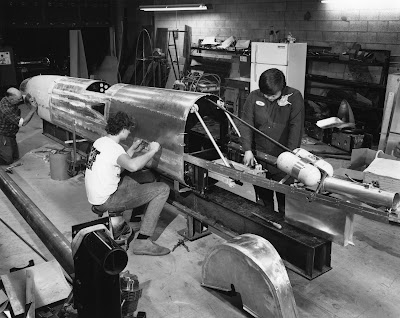 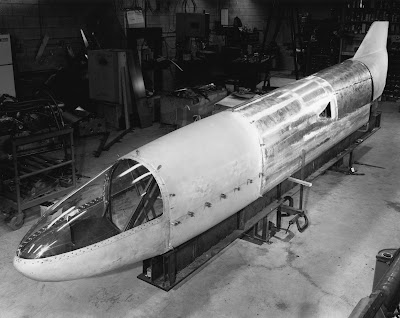 The Hawk would roll on custom three-piece wheels of 19-inch diameter, spun from 1/4-inch aluminium by Cragar Industries. The two discs would be sealed with a giant O-ring to accommodate Goodyear LSR tubeless tires and withstand pressures of 120 psi, and was tested up to 350 mph. 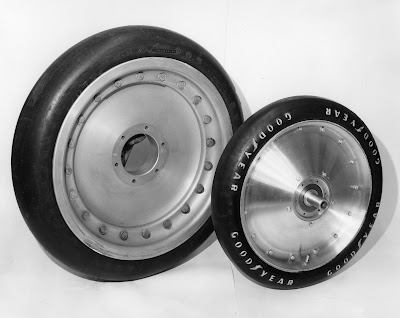 The Honda Hawk Streamliner was also going to be the test bed for a new type of toothed chain known as "Hy-Vo," that would be stronger and more efficient than conventional roller chain, and be so bulletproof as to defy at least a dozen crashes at various speeds up to and over 200 mph without serious damage or deformation. 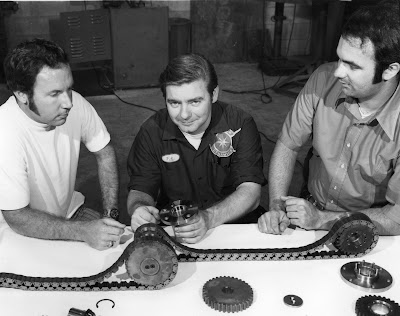