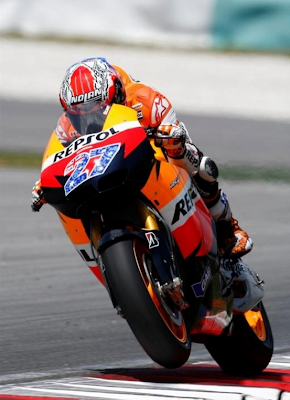 In the top 10 positions was as many as 4 Honda riders, in ,2 nd,4 th & 6th position. Go Honda!!!
marks the start of the European season for MotoGP, with Honda continuing where they left off in two weeks ago.
However, it has since then been confirmed that Pedrosa is in need of another operation next week - but will race this weekend. The Spaniard has been diagnosed with intermittent compression of the subclavian artery, resulting in numbness and a general lack of strength in the left arm. The operation will follow earlier surgery for the man in October of last year, which settled a double fracture of the left collarbone following his crash in .
Despite his injury Pedrosa was just 28 thousandths of a second slower than Stoner’s best!!! Wow? Cling on man!!! And good luck with the surgery… 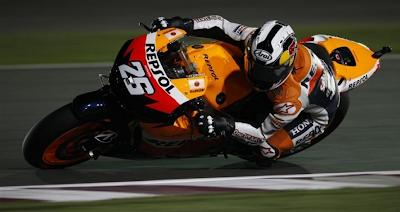 Valentino Rossi is also suffering from previous injuries, and admits that his shoulder continues to cause distress. , with its many hard corners where the riders brake to the right, has been difficult for Rossi’s shoulder, but hopefully will be a little easier on everybody. Even though Rossi finished in an honourable third position in the first practice at , Ducati don’t see as being the most favourable track from a technical point of view.

Let us hope for a cool race this Sunday! 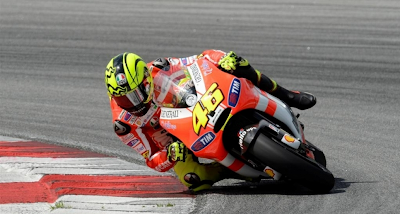