It is the big day, and the Honda Hawk needs to show the world that it is ready to fly into the history books, and take the motorcycle world speed record. The FIM observer has just been flown in from Europe, and he stands next to maybe the greatest American pre-World War II motorcycle racer, Joe Petrali, here on the salt flats of Bonneville. Joe Petrali is here as timekeeper for the USAC, and together with FIM they are the ones who will perpetuate this great event in the years to come (if succesful). 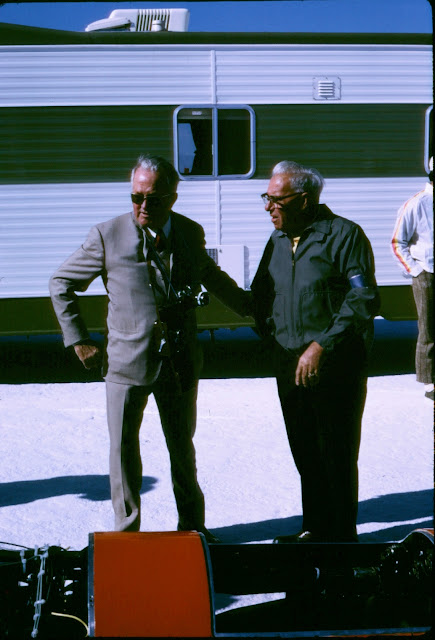 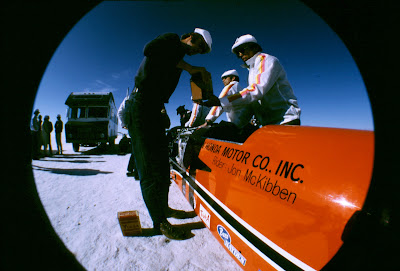 Everything on the Honda Hawk is being checked and re-checked before pilot Jon McKibben will take the first test run down the salt. The side panels is sitting next to the Hawk, as the Honda mechanics makes the final adjustments to the speed machine. Anytime from now could be "Go" for the first run of the day... 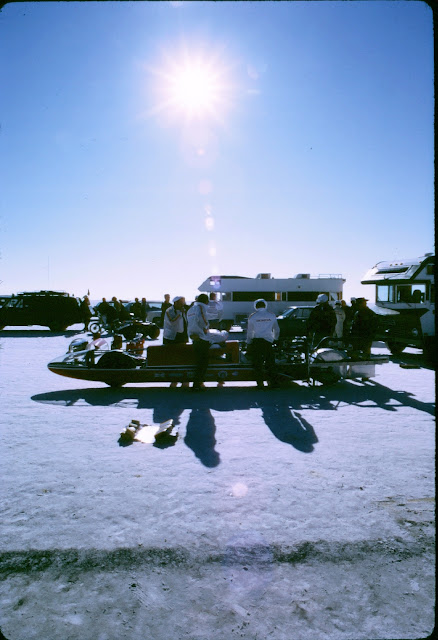 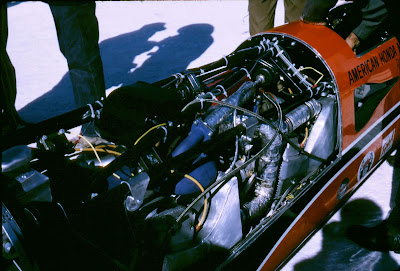 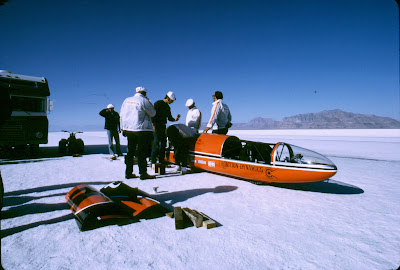 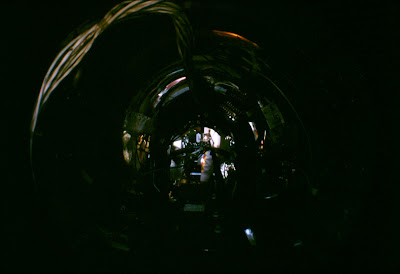 Jon McKibben's instrument panel looks like it was taken out of an airplan. The far left gages read the cylinder head temperatures of the two CB750s, and the two gages on the center right read pressures to the two stabilizing struts that are deployed to keep the Honda Hawk upright as it slows down and stops. Top right is the clutch servo-assist cylinder pressure, the lower right is the turbocharger manifold pressure with the fire extinguisher knob visible below. Not seen [on the picture below] is a panel between the rider’s legs with two columns of lights, one for each gear plus neutral. Because both transmissions were shifted with a common linkage, McKibben would check after each shift that both gears were engaged before releasing the clutch lever. On one run they did get out of synch and the run had to be aborted. 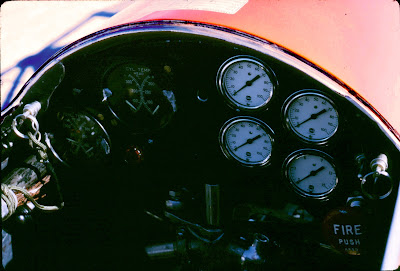 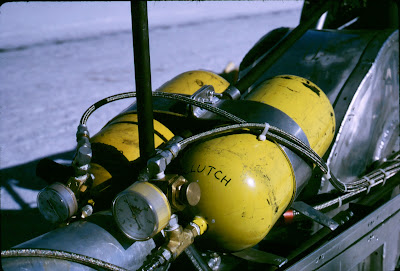 Jon McKibben gets into the cockpit of the Hawk, and the crew push the Hawk to a running start... But already on this first run it is clear that something is wrong!The steering geometry is not stable, and the steering trail is wrong. It is clear that the front ends four-bar linkage steering design, is not working as intented. Reaction Dynamics wants to adjusted the trail, but, the pressure from above is very much “don’t just stand there – do something”. After several failing attempts to run the bike, due to instability, it is decided to revert to a proven “center-point steering” design such as Don Vesco had developed for his successful record run in 1970 with his Yamaha. 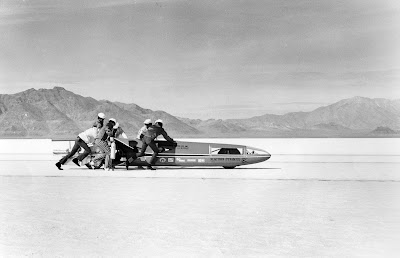 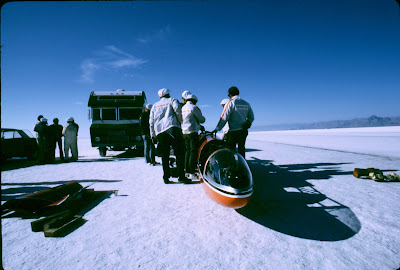 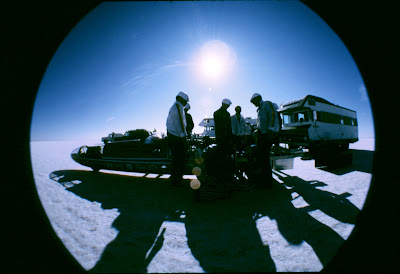 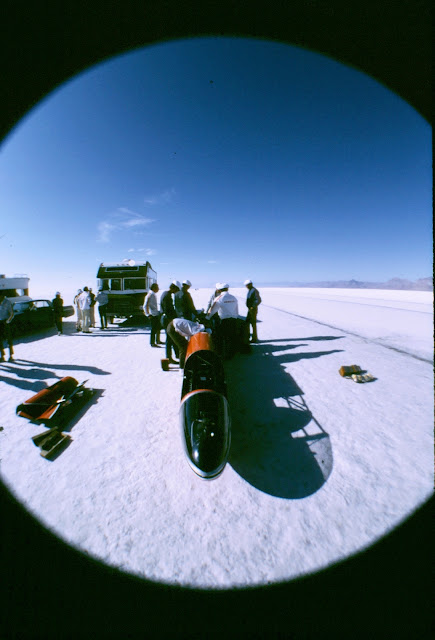 Dick Keller then calls Don Vesco, and asked for the bearing part number he had used – which he gladly provids. Dix Erickson then drives back to the American Honda shop in Gardena to machine the hub and pick up the bearings. And with minimal machining of the existing parts, there is now a possibility that the Honda Hawk will run straight.

But the Hawk is followed by bad luck... The Bonneville salt flat was not smooth in 1971, and at high speeds the rear wheel would lose traction and sometimes became slightly airborne after hitting a rut or wavy portion of the surface. When this happened under power the engines would rev up quickly, before McKibben could roll off the throttle, and the tire would speed up. On several occasions the high revs resulted in engine damage. On other occasions the over-speeding tire would impact the surface again with a sudden change in speed due to the tire immediately slowing down to match the ground speed and over-stress the drive chain. Drive train failures were of two types, a breaking drive chain, or a chain link separating and penetrating the gearbox casting. 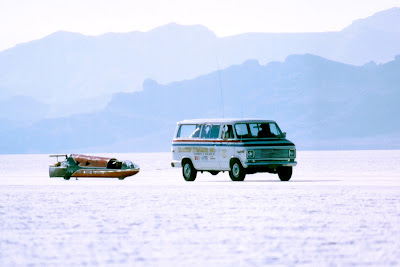 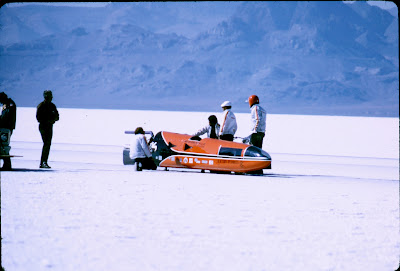 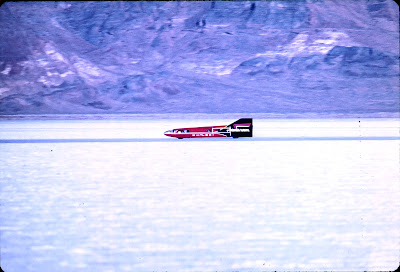 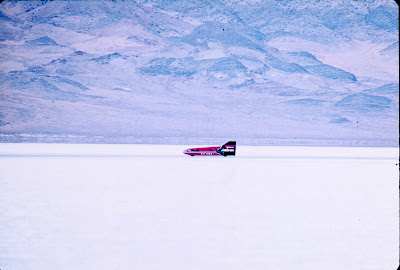 The Honda Hawk made several runs in the high 200s, and made one 286.556 mph run in 1971. But with the FIM two hour rule, stating that you need to make two consecutive runs to make a record, the Honda Hawk team never manage to make a return run in the two hour window given by FIM. 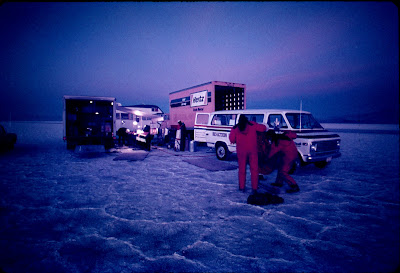 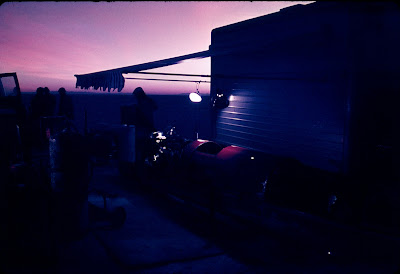 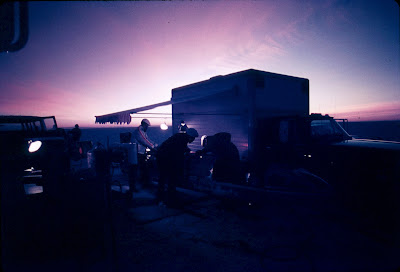 
Pete Farnsworth and Dick Keller's small company Reaction Dynamics, that had been so succesful with the record holding Blue Flame, closed after the failure of the Honda Hawk record attempt. The financial situation in Reaction Dynamics had depended on a bonus Honda would have paid them, had they set the record.


American Honda took over ownership of the Honda Hawk in 1971, and returned to Bonneville in 1972, with a re-work rear suspension on the Hawk. In 1972 the Honda Hawk crashed at high speed, ending its career. Rider Jon McKibben walked away from the accident, and the program was terminated.