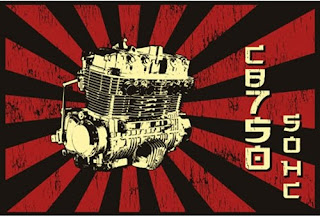 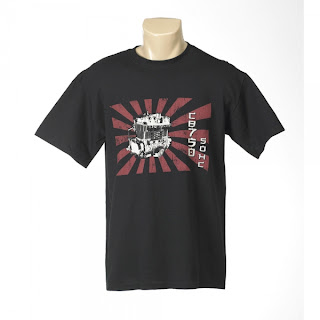 I just ordered this cool CB750 t-shirt, and would just share this cool item with you all.

Lowbrowcustoms.com got some really cool MC
T-shirts and apparels.

The Wednesday Cling On Girl 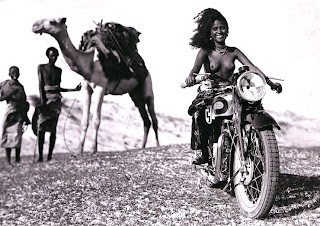 The Bike That Changed Motorcycling! 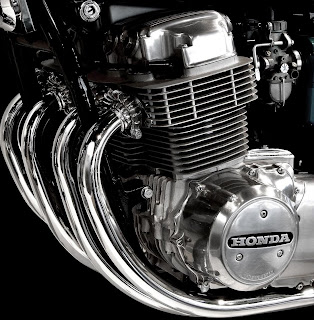 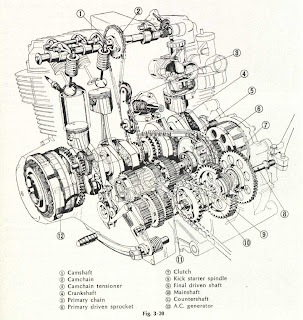 Imagine that you are back in 1969 and you would probably say WOW reading the CB750 datasheet!!!

The CB750’s dazzling four-cylinder machine represented one of the greatest technical leaps since motorcycling began. Why? Just think about it: until then, there had only been a handful of four-cylinder motorcycles (Mostly race bikes, not available for the public) and none had offered the power, sophistication and reliability presented by the CB750.

Not only did it boast a potent overhead camshaft engine, the big four also outpaced everything else in its class by offering a front disc brake, a five-speed gearbox and stunning looks as well as usual Honda features like electric starting and a superb finish.

Able to top 120mph whilst still begin docile at city speeds the inexhaustible CB750 delivered its power more smoothly than any big sportster at the time.

The November 1970 issue of “Two Wheels” set up a comparison test between six current 750cc superbikes. They were Honda CB750, BMW R75/5, BSA Rocket 3, Kawasaki Mach II, Norton Commando, and Triumph Trident. On the featured scoring table (where the lowest figures represent the highest ranking) the CB750 rates best within its competitors of the time with an overall score of 25 against the BMW’s 32, the Kawasaki and Triumph with 37 and the BSA tieing last with the Norton on 40.
Indsendt af CB750 Freak! kl. 12:26 No comments: 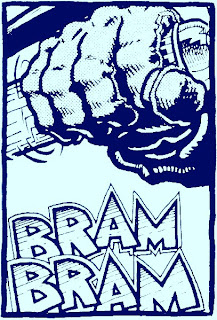