Two MotoCzysz Racers At The Isle Of Man 2011

The MotoCzysz E1pc was ridden to victory at the Isle of Man TT in the 2010 Race by American rider Mark Miller, who won by nearly two minutes with a record setting average lap speed of 96.82 mph around the 37 ¾ mile course. Miller will return with the #1 plate on an upgraded 2010 E1pc for the 2011 race meeting. 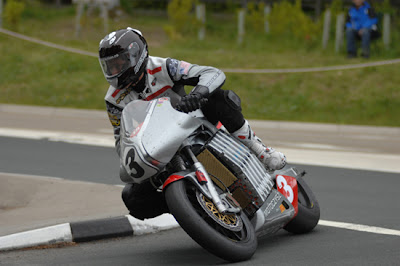 He will be joined in the Oregon based outfit this year by TT star Michael Rutter who will be piloting the all-new 2011 MotoCzysz E1pc. Rutter is an accomplished road racer, with 27 British Superbike Championship race wins, 12 victories at the North West 200 festival in Northern Ireland, and one win and eight further podium finishes at the Isle of Man TT.
The 2011 SES TT Zero race will take place on Wednesday 8th June and MotoCzysz will be one of a number of teams that will be aiming to be the first to achieve the historic 100mph mark for a clean emissions bike. The Isle of Man Government has offered a £10k prize to the first Clean Emissions team to achieve the prestigious 100mph lap around the 37 ¾ mile course. 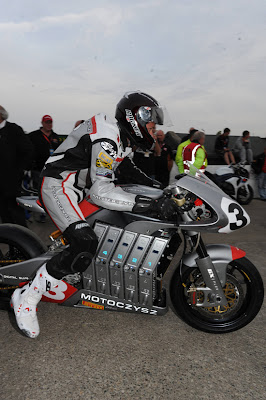 Died On The 27th May At The Isle Of Man TT