It’s Better In The Wind 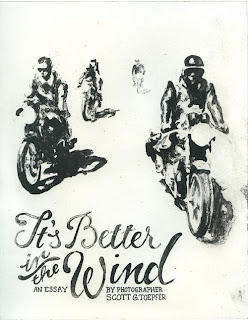 Scott G. Toepfer’s touching photo book ”It’s Better in the Wind” has been on the market for some time now.

With the success of the book, we will now be able to look forward to a film with the same people. The film will be released during the summer of 2011.