The way of the future! 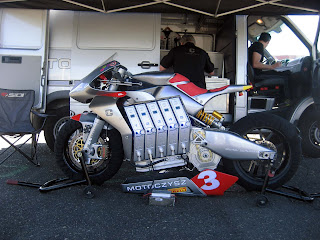 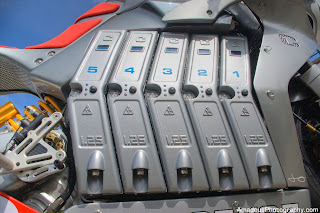 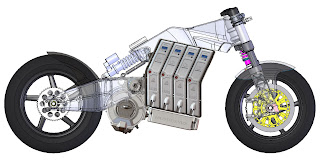 One of my other big interests is electric vehicles. With the battery and sustainable energy technology speeding ahead, it is the only way forward if we want to go forward (on wheels). Alternative fuels? Fuck that! You still have emissions, and just because you can make cleaver calculations and say that your vehicles has a low carbon footprint it do not compete with green energy electric motors. Let’s make this perfectly clear ones and for all: Electric vehicles driving on green energy from sustainable energy sources have zero emissions. IT IS THE WAY OF THE FUTURE!

“But electric vehicles are boring”, you say. Yes in the past because nobody put an effort in developing them, and because the agenda on the energy front did not permit it!

Have a look at this! It is the Motoczysz-E1pc. It just won the Isle of Man for electric motorcycles, with an average speed of just under 100 mph/160 km/t. Cool??? Yeah it is fucking cool!!! Last week it won again at laguna seca in the US, and it is not the last we have seen of the killer machine…

I personally want one! And bad to! Michael Czysz, who build this machine, has talked about putting it in production? I will be the first to get a huge loan to get my name on Czysz’s “I-WANT-ONE-OF-THOSE-COOL-BIKES” list.

Electric vehicles are boring? No no no… There are so many cool vehicles coming. It is the way of the future.
Indsendt af CB750 Freak! kl. 16:24