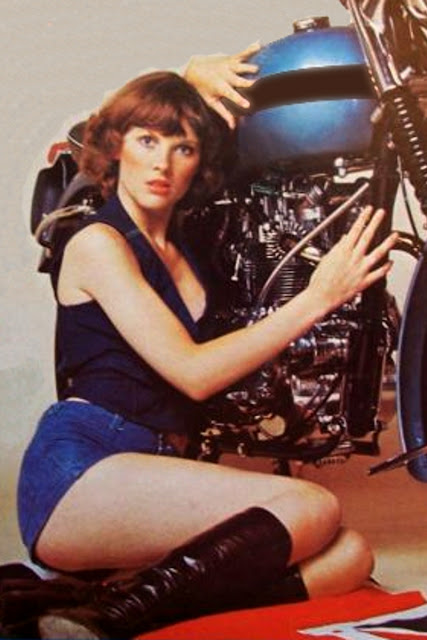 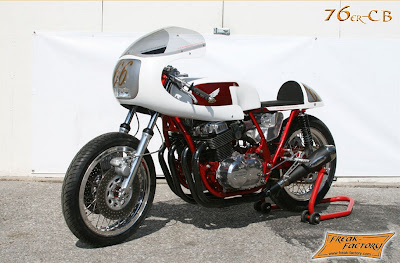 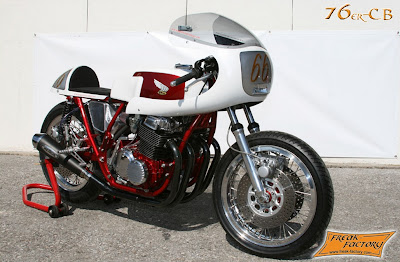 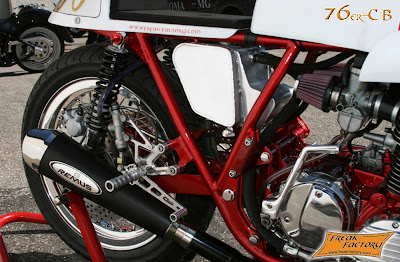 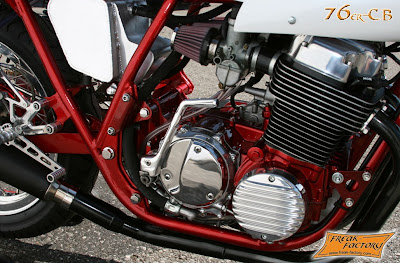 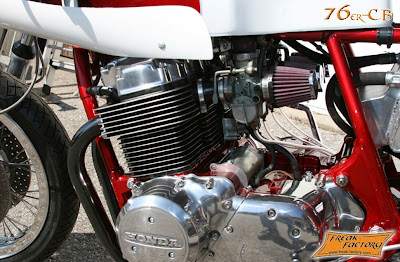 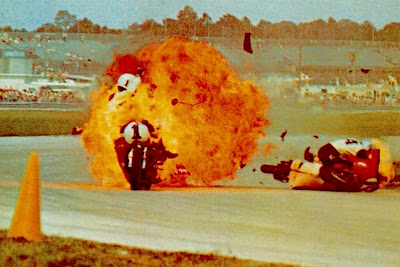 I would personally like to thank Dick Keller for making
The Honda Hawk Streamliner Week possible.

Without Dick Kellers info and pictures this fantastic journeay down memory lane would not have been possible. 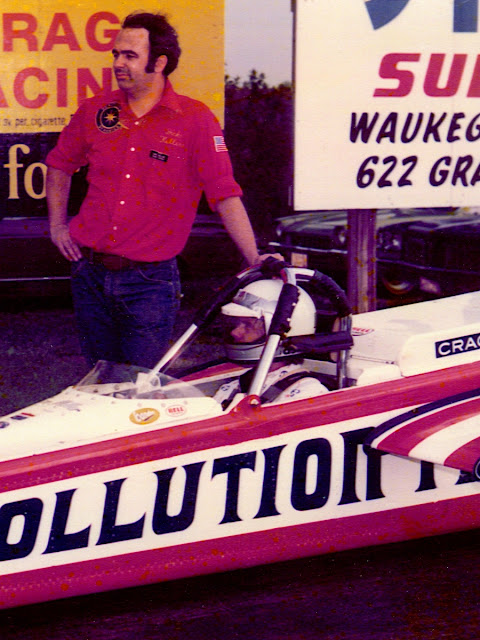 I hope you all injoyed the stories and the documentation of the Honda Hawk projetct, and hope that we will see you soon here on COFDL.

With warm regards, The Pilot

Few men have realized the acclaim and successes in land-speed-record (LSR) racing and motorsports design innovation as Richard “Dick” Keller; project manager of Reaction Dynamics’ successful The Blue Flame rocket-powered LSR racer which streaked to the world record speed of 630 miles per hour; designer and builder of the Honda Hawk motorcycle streamliner; rocket engineer, chassis consultant and designer for the Pollution Packer and Pollution Packer Bonneville Dragster race cars which set numerous national, international, and world records on the Bonneville Salt Flats; and designer of the first successful rocket-powered race car, the X-1.

How did this fascination with speed and rockets begin? As a boy, Dick saw a photograph of auto magnate Fritz von Opel’s rocket car that had achieved a speed of 121 miles per hour at Berlin’s Avus track in 1928. Emblazoned on the car in large letters were the initials RAK2, a German abbreviation for the word “raketen”, or rocket, number two. Young Dick, whose initials are RAK III, imagined the coincidence to be Destiny pointing a finger at him. Thereafter, rocket propulsion and motor racing became his greatest interests and enjoyment.

Dick seemed always in a hurry to get somewhere fast. He earned a reputation amongst his playmates in his Chicago neighborhood for modifying bicycles to go faster, stripping off excess weight and changing the sprockets for more speed. Using war surplus CO2 cartridges for jet propulsion, he built (and wrecked) numerous balsa wood model Bonneville lakesters.

While a teenager he built and drove “hot rods” on Chicago streets and dragstrips as a founding member of the Igniters Auto Club. Then, in the late Fifties, he was further inspired when he became an occasional “go-fer” for the greatest dragracing star of all time, Don “Big Daddy” Garlits.
Continuing his education after high school at Notre Dame University and Illinois Institute of Technology, his professional career has spanned fundamental and applied research as well as engineering design, development, and management. Early career highlights include research on aircraft boron fuels and silicone lubricants for the US Air Force, design of high vacuum test equipment used in developing new semi-conductor materials and integrated circuits, chemical warfare projectiles, military satellite defenses, NASA rocket-fueling monitors for the Saturn I and Saturn V Apollo booster rockets, and a study of the gas reaction kinetics of methane and oxygen. 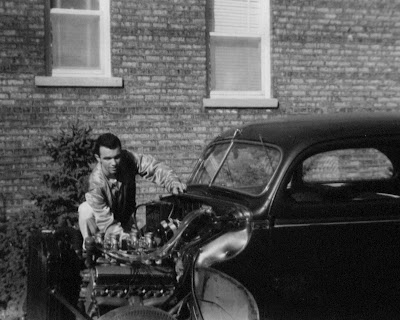 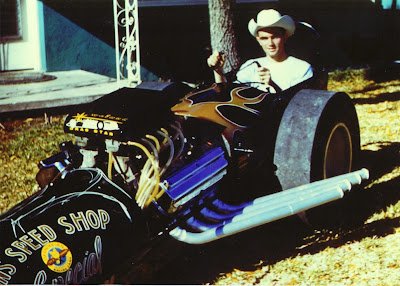 Experience gained at Phoenix Chemical Laboratory, IIT Research Institute, and the Institute of Gas Technology, in industrial and government contract research, led to his co-founding Reaction Dynamics, Inc. with Ray Dausman and Pete Farnsworth in 1965 to design, build, and develop new concepts in prototype and racing vehicles. There, he and Ray, who also worked with him at IIT Research Institute, designed and developed the first hydrogen peroxide (H2O2) rocket motor for a racing car, the X-1. Its record-setting speeds on Midwestern dragstrips eventually helped Dick convince the American Gas Association to sponsor what was to become a successful attempt on international speed records. On October 23, 1970, Gary Gabelich, Long Beach, California native, drove The Blue Flame rocket to a new FIA-recognized kilometer world land-speed-record of 630.388 miles per hour. 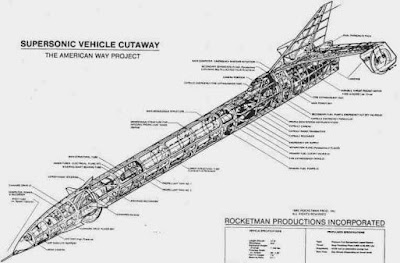 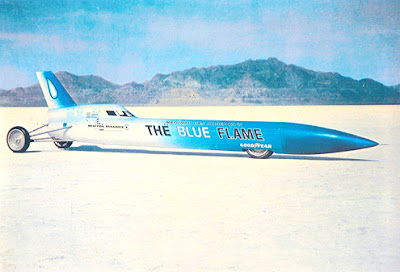 In 1971 at Reaction Dynamics, Dick and Pete designed and built the Honda Hawk, a turbocharged dual 750cc 4-cylinder motorcycle-engine powered land missile that zoomed across the Bonneville Salt Flats at 286 miles per hour, more than 30 mph faster than the FIM world record at that time. Unfortunately, due to poor surface conditions that year, the required backup run for the official record could not be made. 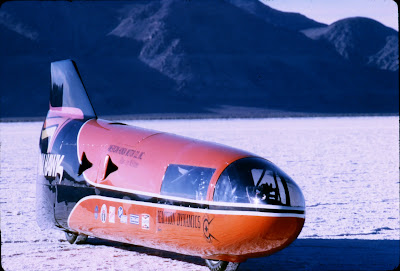 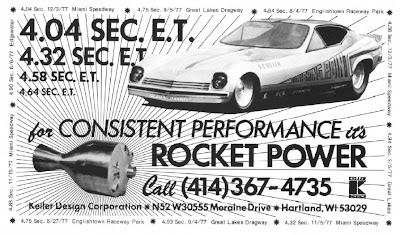 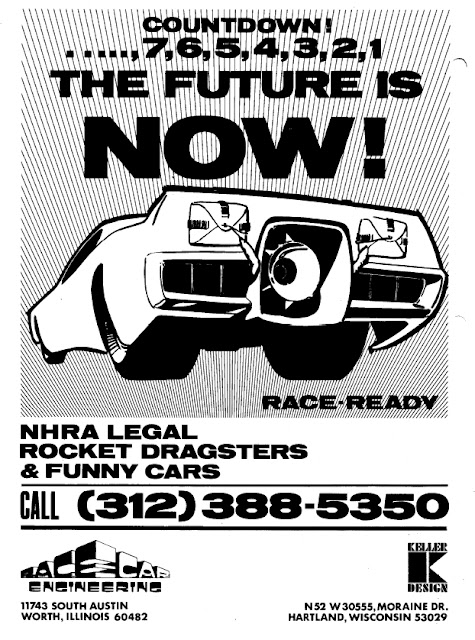 The Pollution Packer Bonneville Dragster, a unique monocoque-chassis Rocket Dragster, was designed by Keller and built by Tim Kolloch at R&B Automotive in Kenosha, WI. In addition to the World Land Speed Record, Dick’s cars held, at the same time, all FIA world acceleration and speed records up to one kilometer distance (see FIA Recognized International Record list). Numerous dragstrip records set coast-to-coast included the all-time NHRA low elapsed time (4.62 seconds) and top speed (344 mph) for the 1/4-mile in an NHRA national event by Dave Anderson driving the Pollution Packer at the NHRA Summernationals in 1973, and the 1/8-mile (3.40 seconds ET at 248 mph) in 1974. Sammy Miller ultimately blasted his Keller Design-powered Rocket Funny Car, the Vanishing Point, to over 400 miles per hour in 4.04 seconds in 1977! 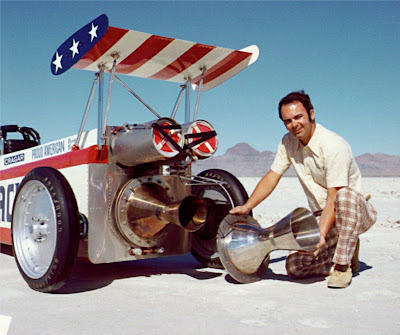 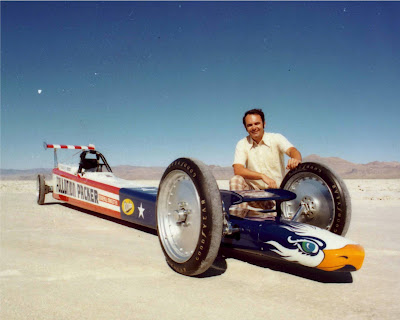 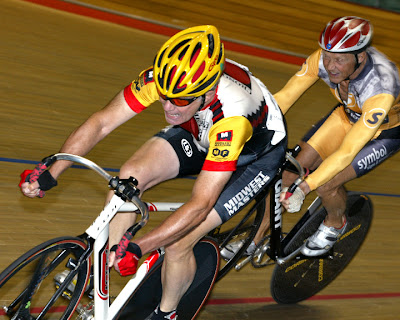 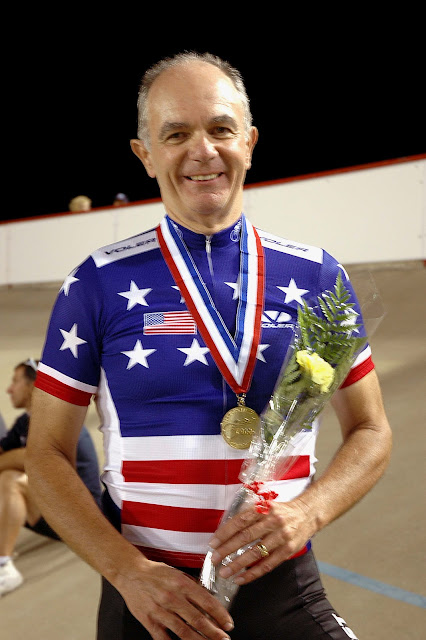 Beginning with a young boy’s fascination with (sp)rocket technology, continuing through a young man’s determination to excel, Dick Keller’s quest for speed has certainly been
rewarded with success.