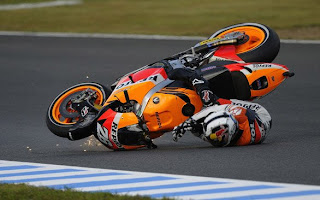 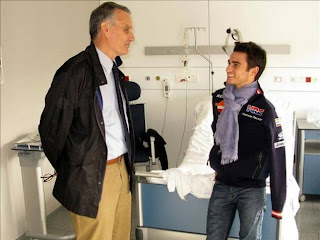 Dani Pedrosa will miss the Malaysian MotoGp on Sunday, after he broke his collarbone four places in last weeks practice for the Japanese Grand Prix.
Pedrosa was the only rider who could have challenged the Fiat Yamaha rider Joergen Lorenzo and prevented him from winning the title. Pedrosa's abcence means champion leader Lorenzo will only have to finish in the top 10 at Sepang, in order to be the 2010 champion.
Indsendt af CB750 Freak! kl. 10:01