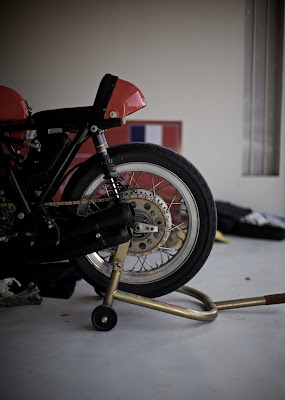 Hmm…. It seems like all the super cool CB/CR750 ends up in the desert these days…?

First the Wrench Monkees Gorilla Punch is bourght by some nightclub owner and put on display in a bar in , and now the celebrated Honda CR Factory Racer is living a new life close to the Dubai Autodrome.

The bike was constructed during the winter of 1996-1997 by Mark McGrew and the M3 crew, at the M3 Racing factory in . Mr Eric Charles recently bought the mind blowing CR750, and put it in his collection of historically relevant classic racers. Lucky guy…

This bike has start in such magazines as: Cycle World, Motorcyclist, Classic Bike , Cycle News, Classic Racer UK, AMA Magazine, and Mick Duckworths book "Honda CB750". So there is no doubt that this is a real star of the CR750s!

Thanks to the dab hand of French Legend Gilles Chauve the carbs has been given a thorough going over so the bike is now a 100% race ready again. 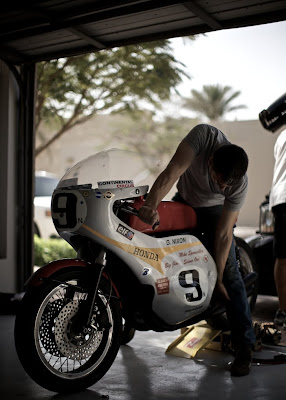 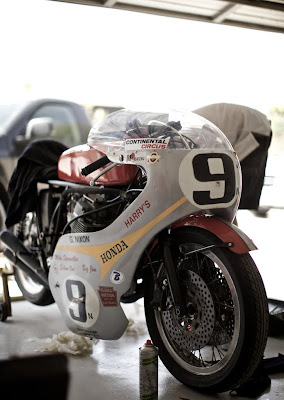 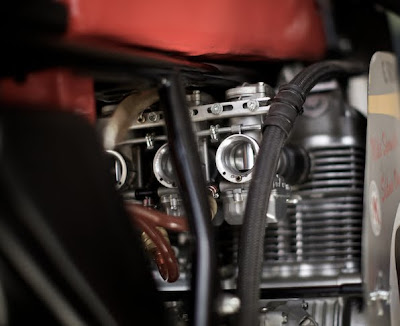 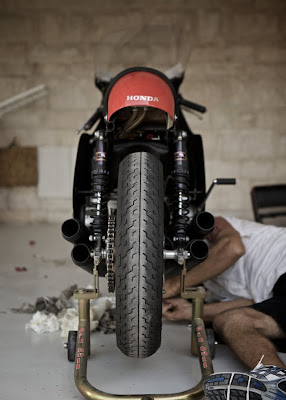