Nicky Hayden's beautiful Cling On after his crash at Brno 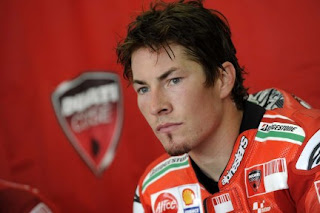 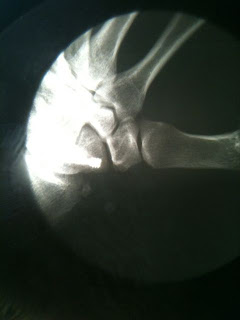 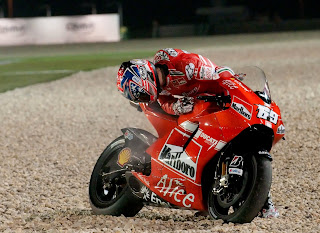 Nicky Hayden found himself in the gravel trap after losing the front-end of his Ducati Desmosedici GP10, during Saturday’s qualifying session at Brno.

Sliding over the asphalt and into the stones, Hayden broke off a portion of his radius bone in his left wrist, and had to be taken for examination. X-rays confirmed the break, but the American rider soldiered-on through the Czech GP with extra padding on his grip. Finishing the race in respectable form. Nice to see people Cling On after a crash like that.

Hayden will have to heal up over the next two weekends if he wants to defend his 6th position in the world championship and be 100% for his hometown GP at Indy.
Indsendt af CB750 Freak! kl. 11:01